What the heck am I doing? 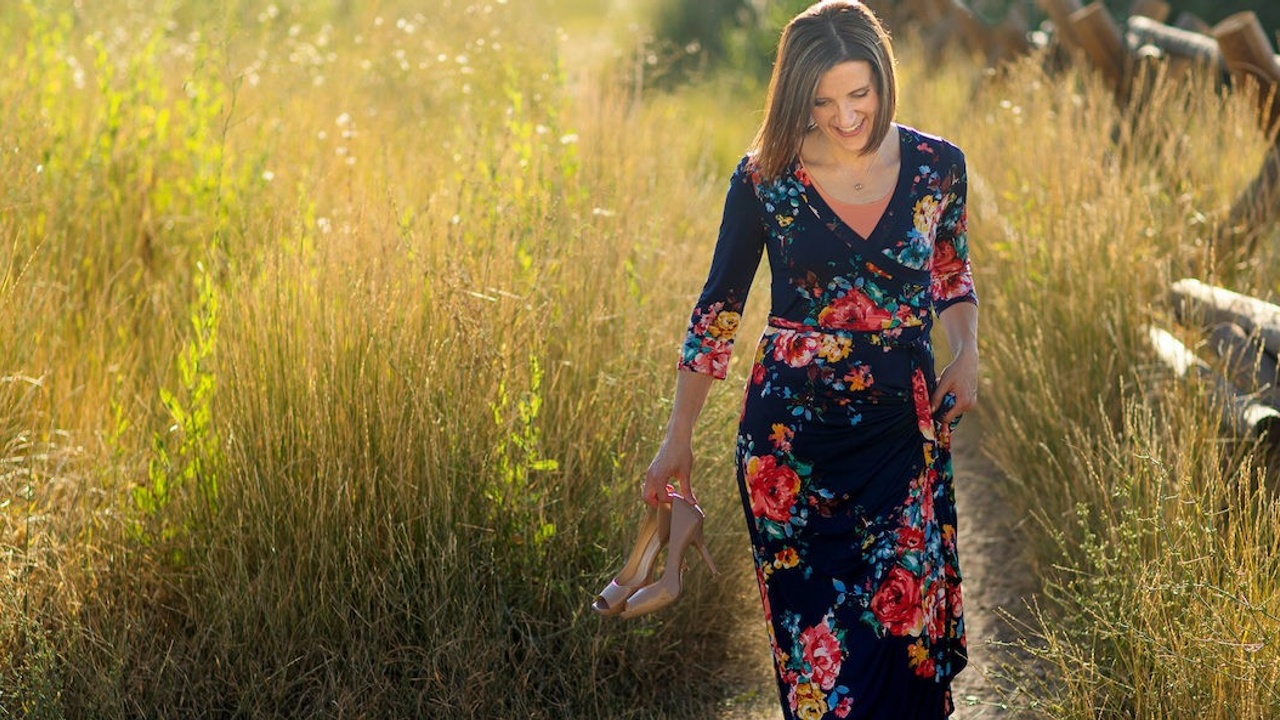 “What the heck am I even doing?”

These are the words that flash in bright neon signs in my head every single day, and sometimes they play on repeat all day long.

If anyone ever told you that building a business or just pursuing their dreams was easy and fun, they’ve seriously maxed out on their Twinkies for the day.

The secret about building a business that no one ever tells you?

Most of the time it’s really hard. . . . some days it’s downright awful. Mostly because it makes me see every single one of my flaws with a huge magnifying glass.

The husband told me after we had been married for a few months that marriage was like that. Your bad qualities and your good qualities are amplified in marriage.

In the beginning stages of building a business? It’s pretty much just the bad qualities that are blown up, and they’re on display for everyone to see.

So pretty much every day becomes a “What the heck am I doing? And why am I doing it?” kind of day.

I guess this post is really for me than for anyone else, but here goes nonetheless.

Years ago when my little girl was just over a year and a half, I found myself in a very rough spot.

Things at work were, for lack of better words, absolutely terrible. Demoralizing might be a good word, yet that still doesn’t quite capture it.

I truly loved the people I worked the most closely with, but the demands put on me as a leader at the time, the company culture that was developing, and even a few people who were trying to elevate their career while stomping all over me were making the environment quite awful.

Imagine a frog being slowly boiled to death in water. I was the little froggy, and I had absolutely no idea I was in water, let alone that it was boiling.

It was such a bad situation that it was affecting my sleep, my mental health, and even my physical health.

During this time I also had a miscarriage after attempts at getting pregnant for months and months got us nowhere.

It also hit me like a ton of bricks at this time that the dream I had of only working part-time so I could stay at home with my baby girl was becoming even less and less of a possibility for our family.

THIS was perhaps the most devastating of all.

Combined with the terrible work environment I was in, I basically made this mean that in order to provide for my family I would have to live in hell FOREVER.

A tad on the dramatic side? Oh probably…..at least that’s how I see it now.

But at the time? That was my REALITY. I felt so stuck with no way out.

I talked to Jake who is truly the most supportive husband in the entire universe, and we both thought that looking into counseling might be a good idea for me.

So I did, and everytime I thought about it, I felt awful.

I had been to several counselors in the past for various reasons, and for me, none of them were remotely helpful.

I even had one memorable session with a counselor where after I explained everything that I was feeling and what had happened in my life, the counselor essentially asked me, “So why are you here? Seems like you’ve already done my job for me?”

Are you kidding me!? I was in pain. Struggling. I needed help, and the counselor basically said they couldn’t help me.

I never went back.

So the thought of going to counseling again was not even a real consideration for me.

But I was desperate.

That’s when I read a blog post from a life coach that I followed every now and then. On her website she was offering free coaching sessions.

I signed up, because I was willing to try anything.

That night I signed up for more sessions with her, and I’ve never looked back.

My depression and “stuck” feeling quickly started to get better.

Work continued to get worse, but with coaching a few months later I landed one of the best jobs I ever had.

I was becoming a better mom and wife.

Suddenly life had so many possibilities, and I wasn’t so stuck.

With all of the positive changes I was making because of coaching at the time, there was one thing that I couldn’t wrap my mind around right away: how it might be possible to support my family AND work part time.

While I wasn’t able to see options for this at that point, because of coaching my mind has slowly opened up to new possibilities.

Which brings me to where I am today and why I’m a life coach.

So what IS my big dream right now?

I work part-time from home while still fully financially supporting my family. And I help hundreds of women while I’m doing it. I am an example of everything that is possible.

In a nutshell, I want to help other people change, because I know I’m not the only person who’s gone through this.

What the heck am I doing?

Do you see how monstruos of a freaking goal this is? It kinda makes me want to pee my pants a little bit, and not just because there’s a big old baby sitting on my bladder right now.

This is terrifying! What if I fail? What if I quit? Is it even possible for Shannon Resare to quit?

And if I do fail or quit, it would be very public, and everyone would see! Is that even survivable?

What’s worse? Now I’m telling everyone about it. That’s like a gazillion accountability partners!

But I’m all in. Failure isn’t an option.

It might take me forever to achieve this dream (and it is by far one of the biggest and boldest dreams I’ve ever had), but one thing I know about Shannon Resare?

She has a proven track record for accomplishing every single one of her dreams:

Travel. Learn Italian. Live in Italy, Germany, and Austria. Go to China. Learn Spanish. Serve a mission for The Church of Jesus Christ of Latter-day Saints. Attend BYU (did that TWICE). Get a Master’s Degree. Teach at BYU and UVU. Teach my dream classes at BYU. Own my dream car (Don’t knock on the Toyota Corolla or the Toyota Sienna, all right? . . . . And yes! A minivan, ok!?). Learn ASL. Achieve every financial goal I’ve ever had and then some. Get married. Have babies. Buy a house. Become a Life Coach. Start a business.

So far I’ve achieved every single dream I’ve ever had, and most of them happened before I even turned 30.

I have a track record.

What’s to stop me now?