I'm NOT Doing It All 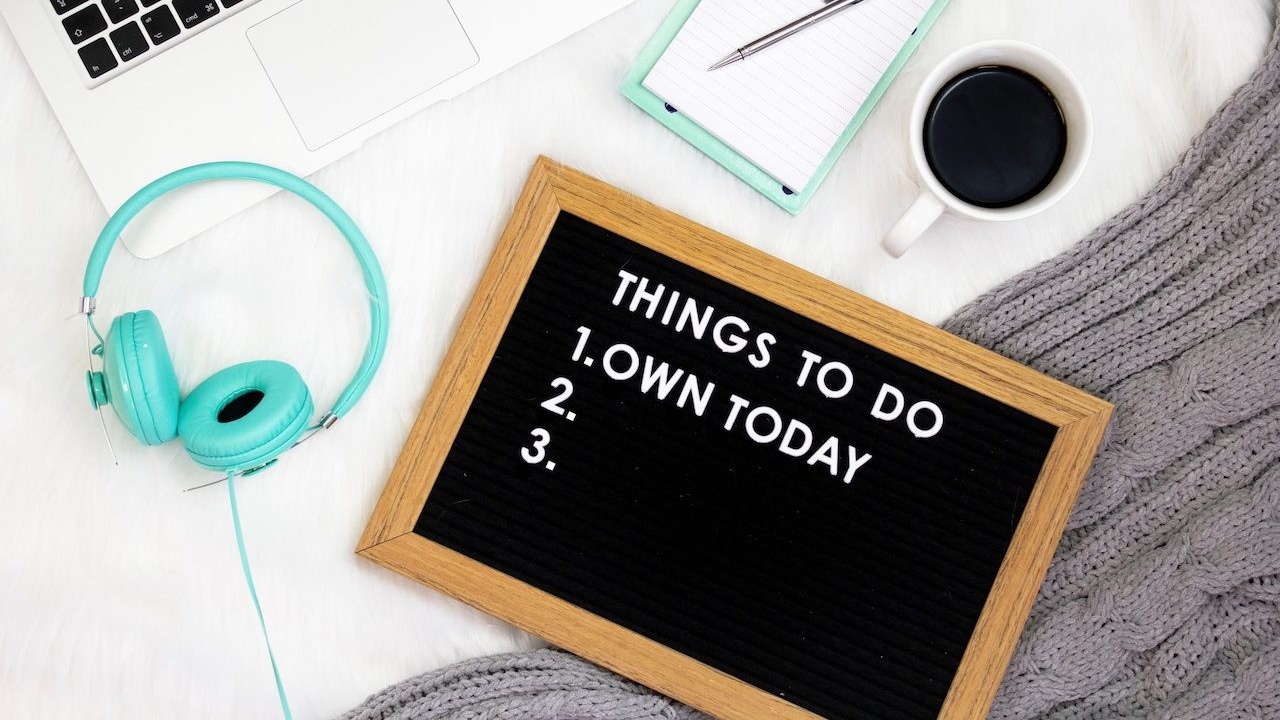 A lot has changed in my little world over the last month and a half. Those changes have meant a lot more responsibility and a lot of things being tacked onto my to-do list.

Several people think I’ve gone completely crazy, because “I have so much on my plate already.”

(I’ll admit. I think the same thing too sometimes.)

I’ve been asked many times, “How do you do it all?”

Basically, I don’t do it all. Period.

I know there are several definitions out there that we can use for constraint, but for me, right now, constraint means to limit and prioritize.

I heard someone talking on a podcast one time about how he manages his busy schedule. The interviewer asked him how he juggled all the balls he had going on in his life.

He said something to the effect of, “I don’t juggle. The balls are sitting on the table in front of me, and I pick up one at a time.”

It was as if I had been hit in the head with a 2x4 when he said that. I had never thought of the balls like that before.

I have been guilty of being a ball juggler. A multi-tasker. A do-everything-at-one-time kind of a person.

Well, I hit a wall over the last month and a half where I couldn’t be the juggler anymore. All of the balls were getting dropped.

I started by asking myself and Heavenly Father what I could eliminate out of my life. Funny story. The list only got bigger.

I tried to find a way to do things faster, but I was already pretty efficient.

I contemplated reducing my sleep, but being in the first trimester of pregnancy with little sleep as it was, this was definitely not a safe option. After all, my 21-month old doesn’t believe in sleep.

So life forced me to do something different.

That’s when I came up with the Great Constraint Experiment.

If I couldn’t eliminate anything off of my list, then I would need to limit the time and the effort I put into each thing on my list.

So I gave myself rules. Stupid simple rules, because I didn’t need to remember one more thing.

Rule #1 - No eliminating family time. If anything find more time to be with the family.

Rule #2 - If I can’t enjoy doing something, don’t do it. No drudgery or obligatory actions allowed.

Quick pause here. Sometimes this looked like getting take-out for dinner, because I didn’t want to cook.

Other times, this looked like turning down a service opportunity that I would’ve done in the past out of obligation.

And sometimes this meant I went against the suggested actions in my entrepreneur program, because they didn’t work for me. This was HUGE, because typically I’m a rule-follower and want to do things the right way.

In short, I didn’t have time for things that I would resent doing.

If my body said it was time to rest, I dropped everything else and I rested.

I’ll be honest. I cheated a little on this rule, because after all, I’m creating a human. So taking care of my body meant taking care of another little human.

But I know that thinking that I’m resting for someone else only makes it easier for me to rest right now. Why don’t I make this a priority all the time? Why don’t I take care of me first?

You know, the old oxygen mask on the airplane analogy. If you don’t take care of your body first, you won’t have the energy or even the physical capacity to serve others. Same thing here, but that’s a post for another day.

Those were the rules, and I’ll admit I expected very few results. But I had to do something.

So instead of picking up several balls to juggle, I picked up one ball at a time. (Some balls were left on the table and never got chosen. Because, Rule #2.)

Then I put all of my mental focus into the ball that was in my hand.

If it was the Family ball. I focused on family. No work.

If it was the Building My Business Ball, I put all of my thoughts and energy into my business. No social media.

And I didn’t stop my constraint at 1 ball at a time. I even constrained with the ball I was holding. Instead of trying to accomplish 10 things for the day in my business, I only allowed myself to achieve 1 result.

Do you have any idea how incredibly difficult this was for a high-achieving, chronic multi-tasker?

I thought that there was no possible way I could ever make progress at this pace. But I decided that baby progress was still progress. Definitely better than quitting, which was the alternative.

And after all that, you know what. This crazy thing happened.

I have actually achieved so much more BECAUSE I limited myself.

I’m still trying to figure out all the whys on that, but here is what I do know.

My time with each area of my life was much more focused. I knew that I didn’t have much time to devote to a particular item, so when I did, there were no distractions. I was all in.

I also took care of my body first. I had no idea how much I was limiting myself before, simply because my body needed rest or fuel or exercise. I seriously didn’t know that my sluggishness or lack of mental energy was so negatively impacting my ability to get things done.

So needless to say, I’m continuing the Great Constraint Experiment. Limits and priorities. But things are still progressing. I’m moving forward, and I can’t wait to see what’s next.